Last year’s success of the Dance Pageant, presented at the 25th Jubilee La Strada, stimulated Organizers from the Center for Culture and Arts, headed by Andrzej Tylczyński, to invite us to this year’s edition of the festival and additionally to the Final !. We were pleased that we could show before the premiere the latest production prepared for the International Street Theatre Festival in Krakow. The Klaunada stop performance inspired by the art of theatre and circus was prepared as part of a Polish-Ukrainian cultural project in which artists of the Highlights Kiev Street Theatre and Vuala Theatre from Lviv take part. The aesthetics of the performance goes back to the ancient sources of the clowning, which originated in ancient Egypt, but also contains elements of a new circus using dance, music, theater, pantomime and even sport. In a spectacle full of magic, circus tricks, equilibristic performances, as well as acrobatics and artistic gymnastics, as well as dances on stilts, the artists presented comedy scenes allowing for a good time. This was appreciated by the Kalisz audience, who, despite the night time, prepared an ovational party for the theatres, and Andrzej Tylczyński, thanking for the performance, said: Here is a spectacle worthy of the La Strada finale! Thank you!

On June 15, 2019, at Błonia Nadwarciańskie in Gorzów, we showed as part of the City Days, thanks to the invitation of the director of the Juliusz Osterwa Theatre Mr Jan Tomaszewicz, a street performance entitled “Dance Pageant”. The performance took place at the end of a great parade, in which children and youth dance groups from all over Gorzów went, and which later appeared in a special program on the outdoor stage. Children, teenagers, adults and seniors – all of them – applauded the humorous scenes and dance performances on stilts. Thank you for the lively party on the Warta. 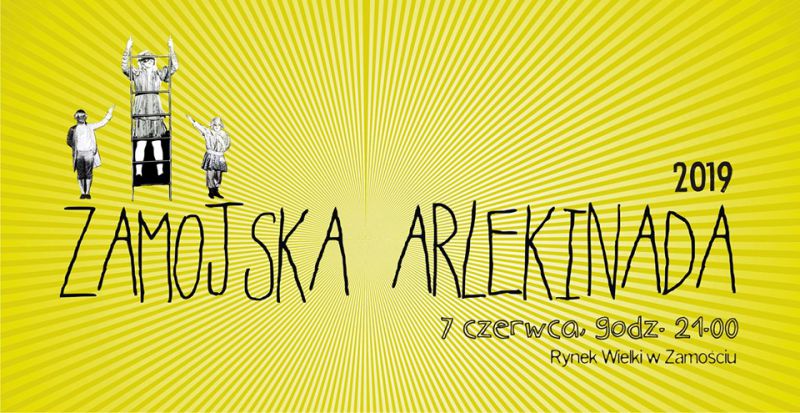 This year, we took part in the Zamość Harlequin for the second time. It is a colorful artistic spectacle organized since 2009 at the Grand Market in Zamość, referring to the Venetian carnival. Over 100 performers – actors, dancers, stilts, jugglers – dressed in carnival and historical costumes presents dance arrangements, etudes inspired by the comedy dell arte, fire shows.