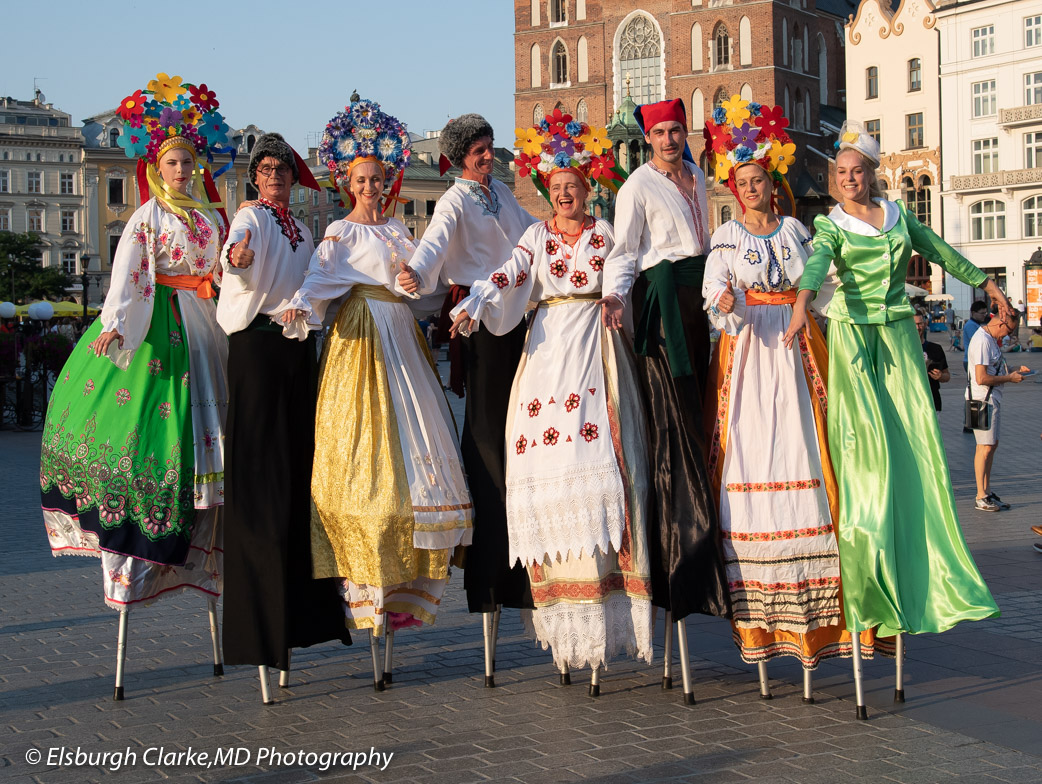 On July 5, at over 30 ° C, dressed in colorful and truly warm costumes, we began our performances at the International Street Theater Festival “31st Street” in Krakow. The spontaneous ovation and applause of watching the spectators brought solace to the hot Actors. The heat from the sky did not interfere with the creation, together with the festival audience, of a great spectacle. Krakow is Krakow! Magic place.

June 14, 2018. The jubilee 25th Festival of Artistic Street Operations in Kalisz La Strada began with a great colorful parade. Śródmiejska Street and Rynek Główny became the biggest theater stage in Poland on this day, during which we presented together with our colleagues from the Voskresinnia Theater from Lviv and several dozen artists from Kalisz a joyful procession, announcing that LA STRADA 2018 was launched.

In the evening, on the square of the organizer La Strada – Center of Culture and Art in Kalisz we showed a street performance “The Procession of Dance” 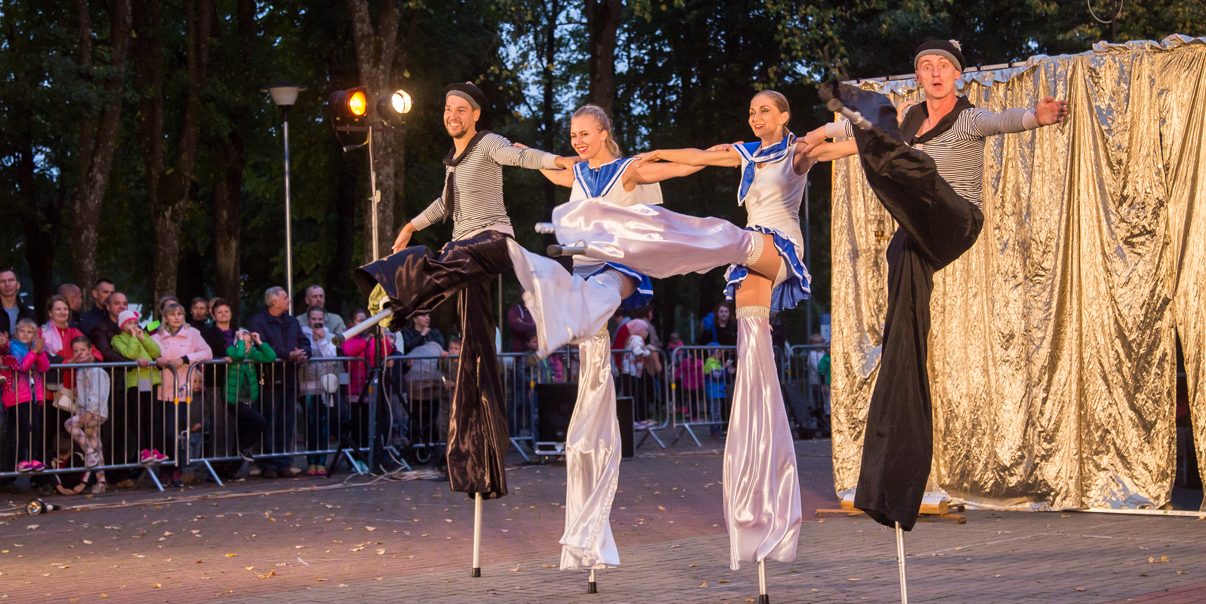 On September 16 we performed with the spectacle “The  Dance Pageant ” in Salcinikai(Lithuania). A colorful festival of street theatre was organized by the Cultural Center in the City Park, which was not only the venue of our dance shows on stilts, but also the place of interesting performances and theatrical spectacles of ensembles from Poland, Lithuania and the Woskresinnia Theater from Lviv. The colorful decor of the City Park, numerous stands and attractions for the youngsters brought in crowds of residents and guests of Sołecznik. We are glad that our performance has generated many joys and smiles of the viewers. Congratulations to the Center of Culture for organizing a fantastic event dedicated to everyone regardless of age and creating a unique family atmosphere. 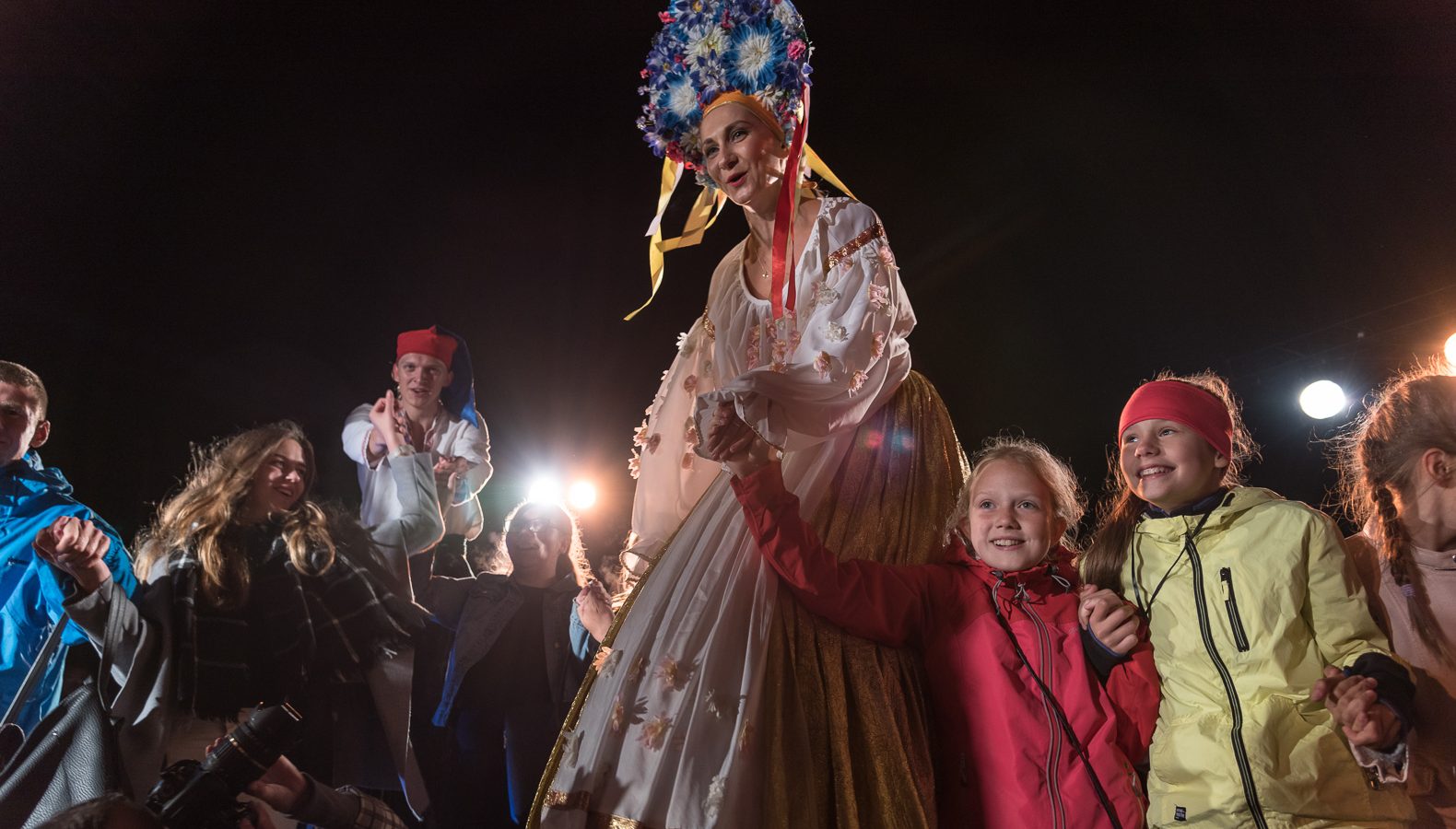 Posted by: admin Posted on: 15 September 2017
On September 5 at the InQbator Theatre Festival in Ostrołęka we presented the spectacle “The  Dance Pageant”. The performance was spontaneously received by the audience.
The Kiev Street Theater has a number of advantages that make the carnival atmosphere so infecting viewers. It’s not like it’s enough to turn on music so people have fun. Where to start? From artists! You can see right away that most of the actors are after ballet schools (or other dance schools). Even on the stilts there is no lack of grace, the movements are fluid, the gestures are finished. It looks very nice. For this costumes, multicolored, shiny and light, which should be to catch the eye. I looked at the layout and I was amazed at how great work was done to make the difficult evolution and layout seem as if it was a jumble. Believe me – she was not. The good-looking audience did not want to say good-bye to their fans. Bishops were needed, and later had fun together. Dance artists and audience were mixed. Our (very young) neighbors from behind the Ukrainian border left behind a really good impression. Włodzimierz Neubart, cultural chochlik 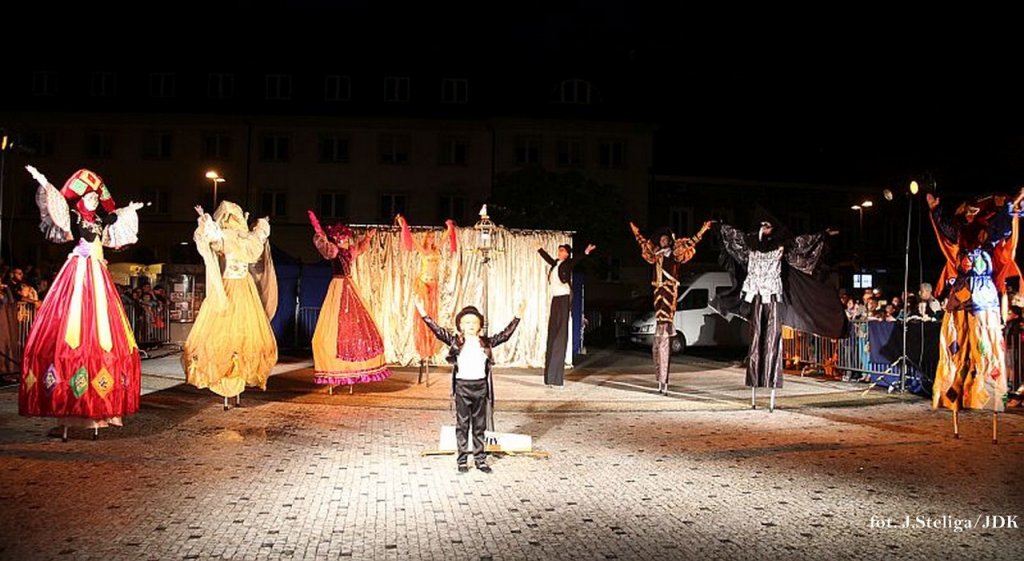 Posted by: admin Posted on: 30 July 2017
On July 28 we visited Jasło (Pl). The show closed the first day of the Partner City Fair organized on 28 – 29 July. as part of the project “The Carpathians in other climates”.
In media:

“This is a great spectacle which, in the evening of 28th of July, can be seen in Jaslo thanks  the Highlights Theatre from Kyiv, Ukraine ” The downpour made  delay by almost half an hour, but as it turned out, it was worth the wait. The extraordinary vivacity and lightness and grace of actors dancing, great music, beautiful choreographies, comic scenes and the richness and variety of costumes made a great impression on the viewers. At the end of the stroll they invited the children to go to a joint in circles, and then willingly posed for common photos. The show closed the first day of the Partner City Fair organized on 28 – 29 July. as part of the project “The Carpathians in other climates. Cross-border tourism offer Jasło – Humenne “, co-financed by the European Regional Development Fund and from the state budget through the Carpathian Euroregion under the Cross-border Cooperation Program Inetrreg V-A Poland – Slovakia 2014 – 2020. The co-organizer of the event was Center of Culture in Jaslo  (link) . 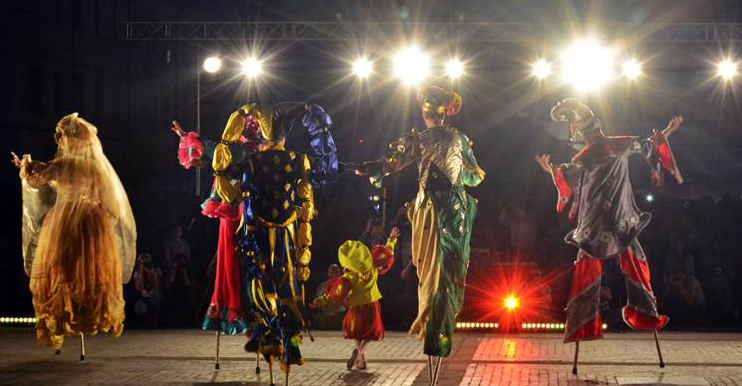 It was a really unusual show. On Friday evening (9 June), the Venetian carnival was celebrated at the Grand Market Square in Zamość. And this is due to the dance performance Zamojska Arlekinada, which took place within the framework of the “Arte, cultura, musica e …” festival  in the city of Zamość (Poland).
In this  colorful show we presented fragments of the performance entitled “ The Dance Pageant “. The show also included the artists of the Song and Dance Ensemble “Zamojszczyzna” and the Fire Theater “Utopia” .